The benefits of physical activity and exercise are universally recognized—and have been for far longer than one might think. Our Paleolithic ancestors regularly engaged in physical activity to survive. Rather than chasing after a soccer ball to win a game or taking a leisurely stroll down a tree-lined path, they “worked out” by chasing after their next meal. For them, no exercise meant no food. How’s that for a health benefit!

With the advent of sedentary agriculture some 10,000 years ago, that same level of peak performance was no longer necessary. As our ancestors continued to devise more advanced means of acquiring food, physical activity declined. It wasn’t until the fourth century BCE, that the Greek physician Herodicus, recognized the importance of being physically active outside of a hunter-gatherer society. He practiced gymnastic medicine, a branch of Greek medicine that relied on vigorous exercise as a treatment. During that same time period, Hippocrates, who is often referred to as the Father of Modern Medicine, asserted, “If we could give every individual the right amount of nourishment and exercise, not too little and not too much, we would have found the safest way to health.” In the 12 century CE, the Jewish philosopher Rabbi Moses ben Maimon, a physician to the Sultan of Egypt, stated, ”Anyone who lives a sedentary life and does not exercise, even if he eats good foods and takes care of himself according to proper medical principles, all his days will be painful ones and his strength will wane.” The 15th century theologian and scholar Robert Burton went so far as to declare that not exercising, or “idleness” as he referred to it in his widely read tome, The Anatomy of Melancholy, was the “bane of body and mind.” Burton also warned that the lack of exercise was the sole cause of melancholy (the name given depression at that time) and “many other maladies.” Burton claimed that idleness was one of the seven deadly sins, as well as “the nurse of naughtiness,” and the “chief author of mischief.” For Burton, exercise was not only essential for good health, but a means of avoiding eternal damnation.

By the 16th century, the benefits of exercise were widely accepted, at least among the wealthy and the educated, who had access to leisure. During this time period, H. Mercuralis defined exercise as “the deliberate and planned movement of the human frame, accompanied by breathlessness, and undertaken for the sake of health or fitness.” This definition is still widely used today.

Beyond the physical health benefits, there are affective benefits associated with group games and activities. Ancient Mayans organized the first team game called the Ball Game. It consisted of two teams trying to get a ball through a hoop mounted approximately 23 feet on a wall. The rules were to get the ball through the hoop using certain parts of the body. In some cases the captain of the losing team gave himself as a human sacrifice to the winning team, an act that was believed by the Mayans to be a vital part of prosperity.

American Indians are thought to have founded the modern game of lacrosse, as well as other stick games. Lacrosse, which received its name from French settlers, was more than a form of recreation. It was a cultural event used to settle disputes between tribes. 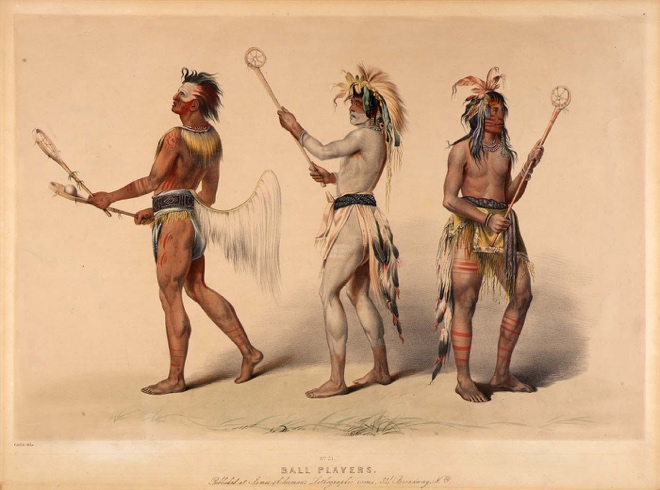 The outcome of the game, as well as the choosing of teams, was thought to be controlled supernaturally. As such, game venues and equipment were prepared ritualistically.

From Ancient History to Modern Times

In retrospect, the perceived benefits of exercise have changed very little since Herodicus or the American Indians. Mounting research supports historical assertions that exercise is vital to sustaining health and quality of life. Culturally, sports play a huge role in growth and development of youth and adults. Physically, there is indisputable evidence that regular exercise promotes healthy functioning of the brain, heart, and the skeletal and muscular systems. Exercise also reduces risk for chronic diseases, such as cancer, diabetes, and obesity. Regular exercise can even improve emotional health and overall wellbeing.

Health and Fitness for Life by Dawn Markell and Diane Peterson is licensed under a Creative Commons Attribution 4.0 International License, except where otherwise noted.