The cardiovascular system can be divided into three sections, the heart, the blood vessels, and the blood. In this chapter, you will explore the remarkable pump that propels the blood into the vessels. There is no single better word to describe the function of the heart other than “pump,” since its contraction develops the pressure that ejects blood into the major vessels: the aorta and pulmonary trunk. From these vessels, the blood is distributed to the remainder of the body. Although the connotation of the term “pump” suggests a mechanical device made of steel and plastic, the anatomical structure is a living, sophisticated muscle. As you read this chapter, try to keep these twin concepts in mind: pump and muscle. 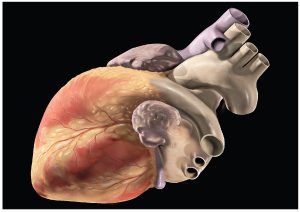 Figure 1. This artist’s conception of the human heart suggests a powerful engine—not inappropriate for a muscular pump that keeps the body continually supplied with blood. (credit: Patrick J. Lynch)

Although the term “heart” is an English word, cardiac (heart-related) terminology can be traced back to the Latin term, “kardia.” Cardiology is the study of the heart, and cardiologists are the physicians who deal primarily with the heart.

The vital importance of the heart is obvious. If one assumes an average rate of contraction of 75 contractions per minute, a human heart would contract approximately 108,000 times in one day, more than 39 million times in one year, and nearly 3 billion times during a 75-year lifespan. Each of the major pumping chambers of the heart ejects approximately 70 mL blood per contraction in a resting adult. This would be equal to 5.25 liters of fluid per minute and approximately 14,000 liters per day. Over one year, that would equal 10,000,000 liters or 2.6 million gallons of blood sent through roughly 60,000 miles of vessels. In order to understand how that happens, it is necessary to understand the anatomy and physiology of the heart.

Location of the Heart

The human heart is located within the thoracic cavity, medially between the lungs in the space known as the mediastinum. Figure shows the position of the heart within the thoracic cavity. Within the mediastinum, the heart is separated from the other mediastinal structures by a tough membrane known as the pericardium, or pericardial sac, and sits in its own space called the pericardial cavity. The dorsal surface of the heart lies near the bodies of the vertebrae, and its anterior surface sits deep to the sternum and costal cartilages. The great veins, the superior and inferior venae cavae, and the great arteries, the aorta and pulmonary trunk, are attached to the superior surface of the heart, called the base. The base of the heart is located at the level of the third costal cartilage, as seen in Figure. The inferior tip of the heart, the apex, lies just to the left of the sternum between the junction of the fourth and fifth ribs near their articulation with the costal cartilages. The right side of the heart is deflected anteriorly, and the left side is deflected posteriorly. It is important to remember the position and orientation of the heart when placing a stethoscope on the chest of a patient and listening for heart sounds, and also when looking at images taken from a midsagittal perspective. The slight deviation of the apex to the left is reflected in a depression in the medial surface of the inferior lobe of the left lung, called the cardiac notch.

The position of the heart in the torso between the vertebrae and sternum (see Figure for the position of the heart within the thorax) allows for individuals to apply an emergency technique known as cardiopulmonary resuscitation (CPR) if the heart of a patient should stop. By applying pressure with the flat portion of one hand on the sternum in the area between the line at T4 and T9 (Figure), it is possible to manually compress the blood within the heart enough to push some of the blood within it into the pulmonary and systemic circuits. This is particularly critical for the brain, as irreversible damage and death of neurons occur within minutes of loss of blood flow. Current standards call for compression of the chest at least 5 cm deep and at a rate of 100 compressions per minute, a rate equal to the beat in “Staying Alive,” recorded in 1977 by the Bee Gees. If you are unfamiliar with this song, a version is available on www.youtube.com. At this stage, the emphasis is on performing high-quality chest compressions, rather than providing artificial respiration. CPR is generally performed until the patient regains spontaneous contraction or is declared dead by an experienced healthcare professional.

When performed by untrained or overzealous individuals, CPR can result in broken ribs or a broken sternum, and can inflict additional severe damage on the patient. It is also possible, if the hands are placed too low on the sternum, to manually drive the xiphoid process into the liver, a consequence that may prove fatal for the patient. Proper training is essential. This proven life-sustaining technique is so valuable that virtually all medical personnel as well as concerned members of the public should be certified and routinely recertified in its application. CPR courses are offered at a variety of locations, including colleges, hospitals, the American Red Cross, and some commercial companies. They normally include practice of the compression technique on a mannequin.

Visit the American Heart Association website to help locate a course near your home in the United States. There are also many other national and regional heart associations that offer the same service, depending upon the location.

Shape and Size of the Heart

The shape of the heart is similar to a pinecone, rather broad at the superior surface and tapering to the apex (see Figure). A typical heart is approximately the size of your fist: 12 cm (5 in) in length, 8 cm (3.5 in) wide, and 6 cm (2.5 in) in thickness. Given the size difference between most members of the sexes, the weight of a female heart is approximately 250–300 grams (9 to 11 ounces), and the weight of a male heart is approximately 300–350 grams (11 to 12 ounces). The heart of a well-trained athlete, especially one specializing in aerobic sports, can be considerably larger than this. Cardiac muscle responds to exercise in a manner similar to that of skeletal muscle. That is, exercise results in the addition of protein myofilaments that increase the size of the individual cells without increasing their numbers, a concept called hypertrophy. Hearts of athletes can pump blood more effectively at lower rates than those of nonathletes. Enlarged hearts are not always a result of exercise; they can result from pathologies, such as hypertrophic cardiomyopathy. The cause of an abnormally enlarged heart muscle is unknown, but the condition is often undiagnosed and can cause sudden death in apparently otherwise healthy young people.

Chambers and Circulation through the Heart

There are two distinct but linked circuits in the human circulation called the pulmonary and systemic circuits. Although both circuits transport blood and everything it carries, we can initially view the circuits from the point of view of gases. The pulmonary circuit transports blood to and from the lungs, where it picks up oxygen and delivers carbon dioxide for exhalation. The systemic circuit transports oxygenated blood to virtually all of the tissues of the body and returns relatively deoxygenated blood and carbon dioxide to the heart to be sent back to the pulmonary circulation.

The blood exiting the systemic capillaries is lower in oxygen concentration than when it entered. The capillaries will ultimately unite to form venules, joining to form ever-larger veins, eventually flowing into the two major systemic veins, the superior vena cava and the inferior vena cava, which return blood to the right atrium. The blood in the superior and inferior venae cavae flows into the right atrium, which pumps blood into the right ventricle. This process of blood circulation continues as long as the individual remains alive. Understanding the flow of blood through the pulmonary and systemic circuits is critical to all health professions (Figure).

Introduction to Exercise Science for Fitness Professionals by Heather Ketchum and Eric Bright is licensed under a Creative Commons Attribution 4.0 International License, except where otherwise noted.